Shepard Capital Partners, LLC was founded in 2009 by David Reed with a focus on investing proprietary and investor funds. Our firm targets investment opportunities primarily in the Southeastern United States. Shepard Capital seeks to partner with established, cash flowing businesses where the primary constraint to growth is access to capital. Investments are optimally structured to provide the portfolio company with the growth capital it requires, while minimizing risk in the event of market or operational issues.

David H. Reed
David Reed is founder and principal of Shepard Capital Partners and a co-founder of Dominion Capital Group, and is currently investing and managing junior capital investments for the firms.

David H. Reed is founder and principal of Shepard Capital Partners and a co-founder of Dominion Capital Group, and is currently investing and managing junior capital investments for the firms. Since 2002, Shepard and Dominion have led or participated in over $200 million in fundings, including partnerships with CapitalSouth Partners, LLC, a mezzanine firm where Mr. Reed served as a Director from 2004 to 2009, and Westshore Capital Partners, a buyout firm in which Dominion was a General Partner. Since 2002, Mr. Reed has been involved with over $100 million in subordinated debt and equity investments, and sourced and led over $35 million of those. Mr. Reed completed the Sloan Fellows Program at the Massachusetts Institute of Technology’s Sloan School of Management in 2002, where he earned a Masters of Business Administration. Prior to Sloan, he was involved in three successful start-ups in the business services/consulting field.

After receiving a Bachelors of Business Administration with a concentration in accounting from Emory University in 1987, Mr. Reed spent three years as an auditor with Deloitte & Touche in the Tampa office. He then began working in the executive recruitment and human resource consulting field, ultimately founding Catalina Human Resources, Inc. Over seven years as CEO, he grew the company to be a high quality provider of personnel consulting services in the Tampa Bay and Atlanta metro areas, before selling the business in 1998. Mr. Reed also served as the Director of Finance and CFO, respectively, on the founding teams of Hal-tec, Inc. and Rapid Wave, Inc. Hal-tec was a Tampa-based provider of CAD mapping and engineering services with offices throughout the United States, and Rapid Wave an Atlanta-based provider of high-end web services.

Mr. Reed is a co-founder of The Sustany Foundation (www.sustany.org) and Housing First Steps Forward, Inc. and serves on the Boards of Bankers Financial Corporation and The TTI Companies, among others. He is a member of the Florida Chapter of World Presidents Organization, a former member of the Board of Governors of the Sloan Fellows Program at MIT, and is a Certified Public Accountant in the State of Florida (inactive status).

Christopher A. Reed is a principal at Shepard Capital Partners. Prior to joining Shepard Capital, Mr. Reed served as the Chief Executive Officer of Iron Data, Inc. Iron Data is a privately held software and services company with eleven offices worldwide and over 300 employees. Iron Data offers a comprehensive suite of solutions, called Intelligent Process Management, that assess, improve, manage and monitor challenging operational process issues for clients in two key verticals: public sector and transportation/logistics. During his tenure at Iron Data, Mr. Reed engineered buy and sell transactions valued at over $220 million, including the majority sale of Iron Data in early 2011.

Prior to joining Iron Data, Reed served as Vice President of Strategic Development for ChoicePoint Government Services (CGS). Mr. Reed was responsible for the direction of CGS external technology investments and strategic partnerships. He arrived at ChoicePoint after they acquired, EzGov, Inc., an e-government software company of which Reed was part of the founding team. While at EzGov, Mr. Reed held executive management positions over both Service Delivery and Global Sales and later became the Chief Operating Officer.

Mr. Reed began his career in technology, working for both Accenture and Bank of America. In addition, he was a partner and founder of both Catalina Human Resources, Inc. and Rapid Wave, Inc. He received his Finance degree from Emory University and is a resident of Ponte Vedra, Florida outside of Jacksonville, where he lives with his wife and two sons. 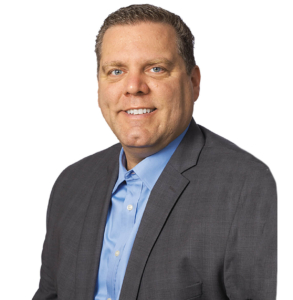 John P. Hornbeck
John P. Hornbeck is a Certified Public Accountant and Certified Internal Auditor, with over 25 years of financial and operational experience. Most recently, John was the CFO for multiple start-up companies in the automotive and hospitality industries.

John P. Hornbeck is a Certified Public Accountant and Certified Internal Auditor, with over 25 years of financial and operational experience. Most recently, John was the CFO for multiple start-up companies in the automotive and hospitality industries. He had overall responsibility for the financial management of the companies, including accounting, finance, treasury, tax and long-range planning. Mr. Hornbeck helped lead and implement the organizations’ long-term strategies to accelerate growth. John helped raise multiple rounds of debt and equity financing and led the due diligence and financial integration process for multiple acquisitions.

Prior to his time with the start-up ventures, John was the Global Divisional CFO for a $275 million provider of medical device sterilization services, covering three continents, 25 locations and over 500 medical centers. Mr. Hornbeck has extensive experience in business strategy, planning and execution, mergers and acquisitions and corporate governance.

Mr. Hornbeck received his Bachelor of Business Administration degree from Pace University and spent the first five years of his career in Public Accounting with Coopers & Lybrand. John has grown his professional career with several Florida based companies, including Gartner, Sykes Enterprises and Synergy Health.

John and his wife moved to the Tampa Bay area in 1996, where they raised their two sons and have resided in the Carrollwood area since 2001.